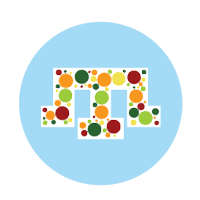 Cultural Heritage Charity Fund was established on February 17, 2016 to revive the Crimean Tatar culture in conditions, when the territory of the Autonomous Republic of Crimea was occupied by the Russian Federation. Many representatives of the indigenous people of the Crimea were forced to leave their homeland and now live in the mainland Ukraine. To ensure the rights of Crimean Tatar People in Ukraine, the Foundation developed several programs and offered cooperation to various state and public organizations.

According to the statutory activities and legislation of Ukraine, the Foundation conducts its activities in the interests of the indigenous people of the Crimea, and works to protect the rights and fundamental freedoms of citizens. The Foundation conducts its activities in the field of education, culture and art, protection of cultural heritage, protection of health and the environment, social protection of citizens, development of territorial communities, human rights, development of international cooperation, stimulation of economic development of the society, promotion of state and international programs to improve the socio-economic situation in Ukraine.

The following project proposals are under development: